Pushing through the Plateau – Behavior Based Safety and Beyond with Dr. Josh Williams 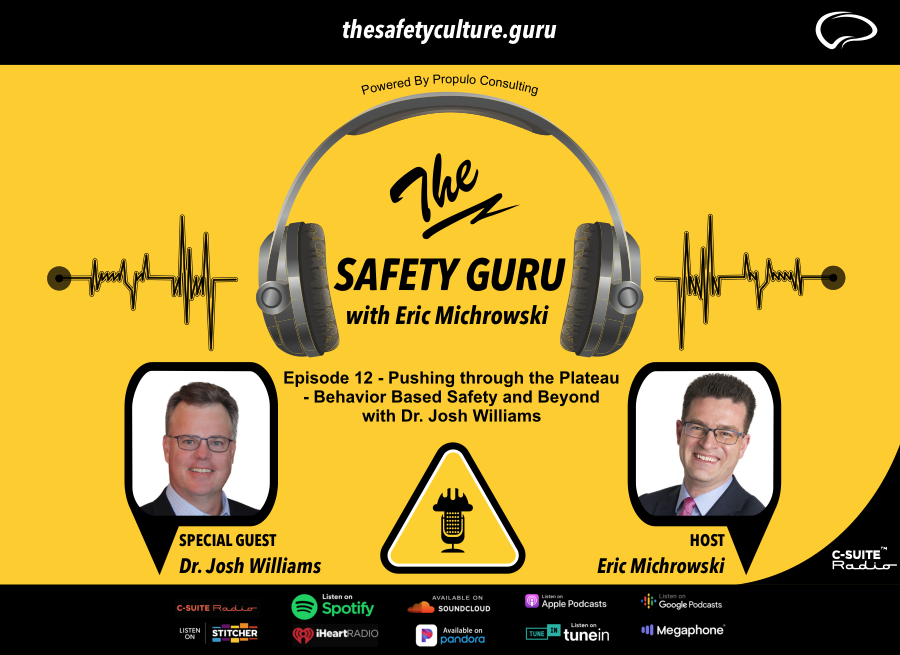 LISTEN TO THE EPISODE

Behavior Based Safety has brought incredible successes to many organizations but often performance pushes to new heights and plateaus. In a lively conversation with Dr. Josh Williams, we explore strategies to push past the plateau. From re-energizing Behavior Based Safety programs to integrating ideas from Cognitive Psychology and Human Performance tools to bring a holistic approach to safety improvement. This is a must listen to episode if you want to explore options for what’s next in your safety strategy!

Please take the following mini-assessment to gauge the current effectiveness of your BBS process at https://www.propulo.com/selfassessment/

Dr. Josh Williams is a Partner with Propulo Consulting, a global management consulting firm delivering significant and sustainable improvements in organizational performance. For over 20 years Josh has partnered with clients around the world to drive increased discretionary effort and improved strategic execution. He’s the author of Keeping People Safe: The Human Dynamics of Injury Prevention and received the Cambridge Center National First Prize for his research on behavioral safety feedback.