Safety Leadership: The Holy Grail of Safety with Michelle Brown 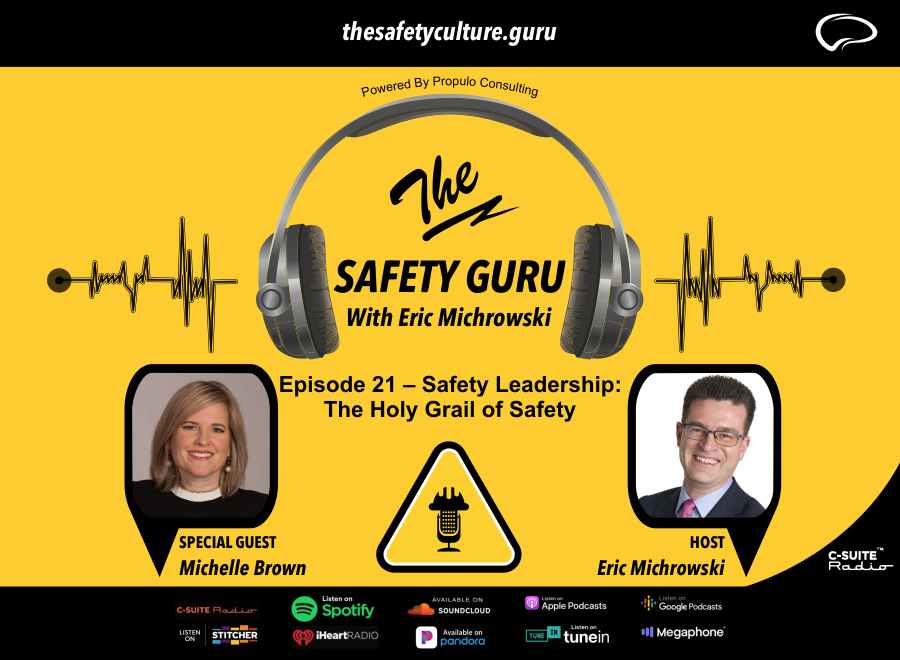 LISTEN TO THE EPISODE

Everybody talks about the importance of leadership to drive Safety Performance. In this must-listen to episode, we explore tangibly how leaders need to show up to drive safety outcomes. To be a great safety leader, you need to care deeply about your people, understand your personal WHY for safety and regularly demonstrate the value of safety through your actions. Michelle Brown shares her insights about transformational safety leadership and actions to shape, develop and improve these skills to become better safety leaders.

Michelle Brown is the COO of Pinsight, a HR software solution providing businesses with critical insights into their current and future leaders. Michelle is also a professor at the University of Denver, specializing in organizational behavior and leadership. Michelle has degrees in both psychology and business, and uses this perspective to ensure the scientific methods used at Pinsight are translated to practical and effective solutions for HR professionals, businesses and their leaders.