Making Safety Personal: Connecting with the Front-Line with Chris Yerikian 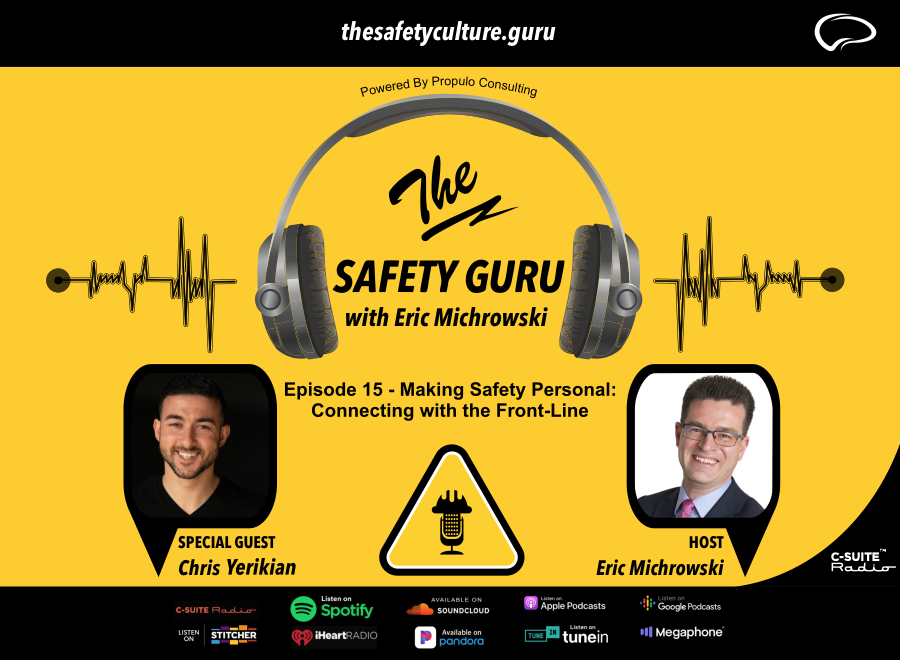 LISTEN TO THE EPISODE:

This week we are in conversation with Chris Yerikian who shares some experiences in making safety more personal to connect with front line team members on a more emotional level to increase safety involvement and participation. From front line leaders and team members sharing their personal ‘why’ for staying safe to turning into habits and reinforcing the theme on an ongoing basis to deliver safety outcomes, Chris shares his successes.

Chris has been in the EHS field since 2016 and received his undergrad from Cal State Northridge in Environmental and Occupational Health. Prior to EHS, he managed movie theaters for an independent chain in Southern California. After transitioning to EHS, he worked in the aerospace and food distribution industry. He is currently working to gain ground on using emotions and EQ to establish an engagement-based approach to behavior-based safety.