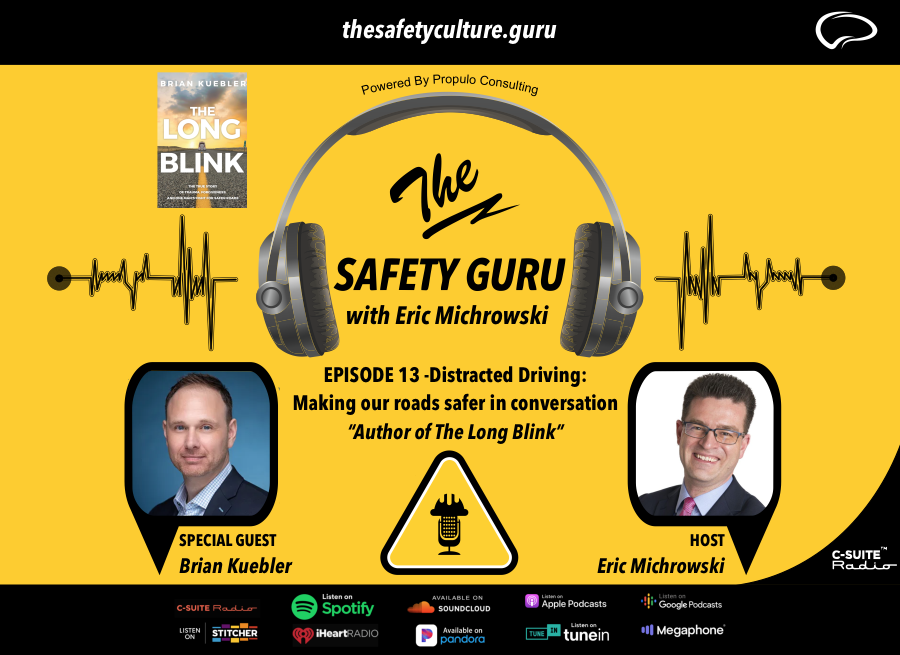 LISTEN TO THE EPISODE:

October is Distracted Driving Awareness Month. What better introduction to an excellent conversation with Emmy Award-winning journalist and author of The Long Blink, Brian Kuebler, who exposes the staggering cost of the American trucking industry’s rising crash rate through the intimate struggle of Ed Slattery, who is left to piece his family back together after a trucker fell asleep at the wheel and killed his wife and maimed his son. He brings awareness to the critical importance of safety on the roads and the role that the trucking industry can play to improve safety as we explore the rapidly growing dangers we all face from the passing lane each and every day.

Brian Kuebler is an award winning investigative journalist. He has been a television reporter for twenty years and has written, published, and broadcast thousands of stories in his career. Kuebler has won three Edward R. Murrow Awards for his writing ability, an Emmy, and recognized for ‘Outstanding Enterprise Reporting’ by the Associated Press. Two of those honors were awarded to Brian for the reporting of the story that eventually became his narrative nonfiction book, The Long Blink. During his career, Brian worked to develop a unique hard news, narrative style of writing that resonates with his viewers and readers.